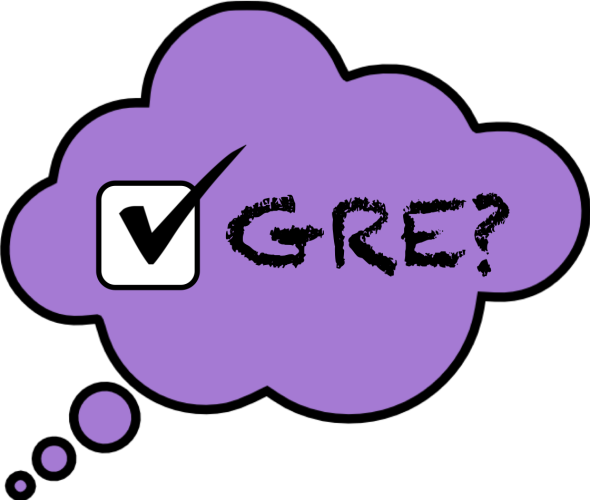 Here’s to 2019 and a scenario probably eerily familiar to university faculty admitting students to Earth Science graduate programs across the US!

Faculty and grad program coordinators convene early in the calendar year to evaluate graduate student applications and someone starts off the meeting by saying, “We all know that GPA and GRE scores don’t really predict graduate student success. Anyway, I’ve made a spreadsheet of the hundreds of applicants and sorted and ranked them by GPA and GRE scores.” Cue nervous chuckling.

I’ve been a staunch supporter of using GRE scores (and grades) for graduate student admission since I began ranking student applications myself. For the last decade, I’ve used them. I was not just being lazy or wanting to avoid reading the half of the applications with low reported GRE scores as some faculty do; I fully embraced the value of GRE scores. To me, they acted as an equalizing metric that brought students from Harvard and North Dakota State University onto the same playing field to be directly compared using the same metrics. I also felt they circumvented the human bias in letters.

I think most faculty personally value what got us into graduate school and I’m no different. In fact, my path to becoming a faculty member made me embrace the GRE even more.  I was leery of the reasons people gave to not use them and what they suggested using instead.

I read articles and commentaries people circulated about how using the GRE scores for admissions criteria benefits students of high socio-economic status (SES). High SES students can afford and have more access to expensive test prep, giving them an advantage. But “high SES” and “advantaged” did not seem to describe me. I grew up in rural North Dakota and my family was very poor. My public high school seemed to value everything but academics: no homework, no college prep or advanced placement classes, no test prep, such a steady stream of films played excruciatingly slowly on VHS tapes in 35 minute segments that it made one wonder why the history class TV cart even had wheels! I went to a local state college where pursuing graduate school after an undergrad degree was not the norm.  It was hard to save money to pay the GRE test fees–also a noted barrier for some with low SES–but I managed to do it.  I imagined that my good GPA and GRE scores really helped me get into grad school, despite my low SES.

I heard from many faculty in these graduate admission meetings that letters of recommendation were better than GREs for how students would perform in graduate school. Letters always seemed like cronyism to me as they might preferentially benefit people who went to prestigious schools. Also, the research shows that women tend to not fare as well in letters of recommendation in STEM. One study showed that women in Earth Science are only about half as likely as men to receive letters containing language that describes them as excellent, rather than just good. Of particular interest to me too, was the unequal power dynamic between trainees and mentors that letters of recommendation amplify. Sexual harassment rates are 3x greater for women than for men. Women who depend on their harasser for letters of recommendation to have a successful career in academia may hesitate to report their harassment, if it means getting a bad letter as retribution for filing a complaint.  It might seem like a negligible issue, but over half of women in science report experiencing sexual harassment.

Part of my recent angst regarding GREs comes from a recent paper analyzing student GRE scores and successful PhD completion and timing to completion of a PhD program that concluded “GRE scores are not an effective tool for identifying students who will be successful in completing STEM doctoral programs.”  In fact, GRE scores were significantly higher for male students who left STEM PhD degree programs without finishing than male students who successfully completed their PhDs and was not a significant predictor for women either.  One commentary noted the GRE is a better indicator of “…skin colour than of ability and ultimate success” since scores are significantly lower for many under-represented minorities.

I struggled to reconcile the research on GRE scores and PhD completion success with my own personal graduate school admission story. I recently reread the Wired article that went viral “Why Men Don’t Believe the Data on Gender Bias in Science.” The author, Alison Coil wrote, “If anyone should be willing to accept what the peer-reviewed research consistently shows …, it should be scientists.”

I’m a scientist, so I don’t know why it took me so long to accept the data and see the connection between my faith in the GRE scores’ predictive power and one (my own) personal anecdote.  I suppose I had become used to imagining that my personal experience/struggles would successfully guide me in fairly evaluating students.  Will we will solve the systemic problems with diversity in Earth Science graduate education by pointing to one scientist who fit a particular mold and expecting others to follow en masse?

If Earth science faculty use what worked for us personally in the past as a means of determining what to do in the future, we may see as little increase in diversity in the future as we’ve had in the past 40 years (i.e. basically none). Increasing diversity in Earth Science graduate education quickly means we need to make changes–including rethinking admissions criteria and fostering inclusion for the students we do recruit. If we were to reimagine STEM graduate admission as if we’d never done it before and had to come up with a new system knowing what we know now, would GRE scores be included?

The data shows that the GRE gives us no predictive information on who will succeed in graduate school (even among men) and simultaneously acts to weed out people of color and underrepresented minorities and, as a whole, doesn’t help women applicants either.

I can’t believe I’m saying this, but let’s ditch the GRE.

Jane Willenbring is an Associate Professor at Scripps Institution of Oceanography, University of California San Diego, a GSA Fellow and an Op-Ed Project alum.