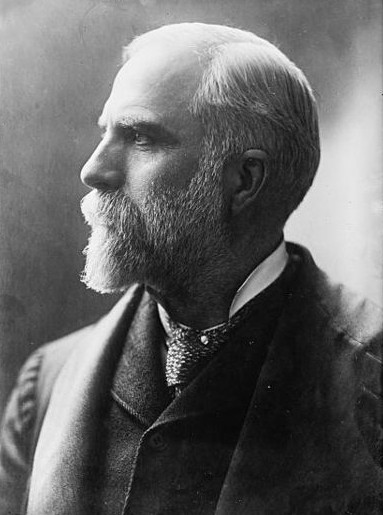 Personal. Herman LeRoy Fairchild was born on a farm near Montrose, Pennsylvania, on April 29, 1850, and died of the infirmities of old age following a fall at his home in Rochester, New York, on November 29, 1943.

Fairchild’s father, Harmon Canfield Fairchild, who was born in Connecticut but moved to Pennsylvania at the age of 14, was descended from English stock. Fairchild’s mother, Mary Amada Bissell, was born in Brooklyn, Pennsylvania, of French-English parents. Fairchild grew up as a farm boy. His early education was in a simple district school, and his alert mind easily mastered all the textbooks in use there.  At 17 years of age, Fairchild passed an examination held to qualify teachers and, for the next three winter terms, taught in local school districts.

In 1870, Fairchild entered Cornell University in Ithaca, New York, and graduated with a B.S. degree in 1874. He had first become interested in geology in 1870, when he collected fossil coal plants prior to going to Cornell, and he pursued his interest in natural science at the university. Upon graduation in 1874, he began his teaching career by lecturing on the natural sciences, first at a Methodist seminary in Kingston, Pennsylvania, and then for 11 years (1877 to 1888) at a number of private schools and institutions, including some colleges, and gave public forums in the New York City area. His lectures were well attended, to a large extent because he recorded natural history with a camera and became adept at using lantern slides to illustrate his lectures.

In 1888, Fairchild became Professor of Geology and Natural History at the University of Rochester, where he remained active in teaching and research, most of the time in a one-man geology department, until his retirement in 1920. Then, as professor emeritus, he continued his research for 20 years more, publishing more than 100 papers during his retirement years alone, until failing eyesight and other infirmities of old age prevented further work in his last several years.

In 1875 Fairchild married Alice Egbert, a school teacher in Ithaca, and they had four children. Alice died in 1923 after 48 years of marriage. A year later, at 74 year of age, Fairchild married Philomena C. Michel of Rochester, who survived him.

Professional. Fairchild published more than 200 titles on a wide range of topics in earth science, but his special field was Pleistocene and glacial geology, especially in New York State. He recognized and interpreted the effects of the last continental ice sheet with its glacial features such as ice-impounded waters, glacial lakes and shorelines, drumlins, and moraines.

Role as a Founder. Fairchild’s first service to the new society was, with Alexander Winchell, to revise the constitution and formulate the bylaws of the just-born GSA. He then served as Secretary (1891 to 1906) and, during the same period, Supervisor of Publications, thereby taking a leading role in establishing the foundations and the scientific reputation of GSA. Finally, he served as President (1912). Fairchild was the last survivor of the original 13 founders who attended the Ithaca meeting in 1888, and in 1932 he wrote the history of the founding of GSA. 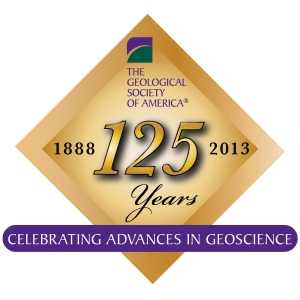