“The idea here is looking at the geosciences a little differently and supporting people who don’t fit that traditional model of field-rugged, able-bodied geoscience practitioner.” – Christopher Atchison

When it comes to conversations regarding race, exclusion, and issues surrounding them, for many, the word that comes to mind is “difficult.” Yet, the issues in question are as pervasive as they are many and the Geological Society of America (GSA) is not immune to them. However, issues of this sort do not get addressed without having the difficult, potentially uncomfortable, conversations. GSA has in recent years, hosted sessions aimed at increasing awareness about issues related to diversity and inclusion in all of its facets: race, gender, different levels of physical ability, etc. But how are the impacts of these sessions and the conversations stimulated by them being felt across the geosciences? Are there factors that should be given more attention? I sat down with some notable attendees at the 2019 GSA Annual Meeting to hear about their opinions regarding issues of diversity and inclusion at GSA and in the broader geoscience community. 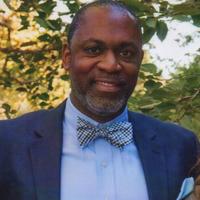 Brandon Jones: Brandon works at the National Science Foundation, where he manages education and diversity programs in the Directorate for Geosciences.

Stephen Boss: Stephen is a Professor of Environmental Dynamics and Sustainability at the University of Arkansas and a former member of the GSA Diversity in the Geosciences Committee.

Sherilyn Williams-Stroud: Sherilyn is a Research Scientist at the Illinois State Geological Survey and a current member on the GSA Diversity in the Geosciences Committee. 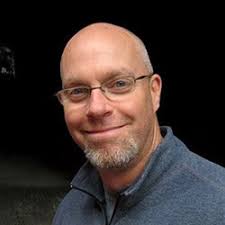 Christopher Atchison: Christopher is an Associate professor at the University of Cincinnati in the School of Education and the Department of Geology and the Executive Director for the International Association for Geoscience and Diversity (IAGD).

Here are some of the highlights of those conversations:

When asked about opinions of GSA’s diversity related sessions Brandon Jones, offered an interesting take on the makeup of the session’s attendees:

Brandon: Several of us talked about this in a recent [diversity] session. We see each other at every meeting we go to and we’re in the same sessions. It’s the same people that are in the same sessions. What I noticed at this GSA event from last year in Indianapolis, there were more young people attending the diversity session. Of all colors and gender identities. [I think it’s] because, the early career folks are the ones who are used to diversity, equity and inclusion efforts and activities, they don’t see a problem with it, they understand it’s important, and they’re just going to start to do it. It’s the generational fault lines where the issues are, that I see. So often we don’t talk about generational diversity, and I think individuals in the various generations approach the diversity, equity, inclusion conversation differently. For some, it’s a blind spot. They’re not really thinking about it.

Sherilyn mentioned a more subtle issue in regards to the culture at GSA:

Sherilyn: As a woman and as a woman of color… I have never felt unwelcome at GSA. And I have always found people that were welcoming. But, I always come to the meetings feeling like it’s not really my culture. Having spent most of my life going to industry meetings, people look differently, people dress differently, [and] people act differently. So, if the way that people look makes you uncomfortable, that’s enough to keep you away.

Sherilyn explains her own technique for dealing with the cultural differences saying:

Sherilyn: I just do what I do. I just go in because this is where I need to be today. But that’s not to say that people should be expected to do this. It’s important to acknowledge that there are people, particularly women and underrepresented group members, who have valuable ideas and results to offer, but may not do so when subtly discouraged from participating. That barrier does not exist for all groups and therein lies the problem.

Stephen responds by talking more about the culture at GSA:

Stephen: I get that there’s a culture that exists. I’m aware of the culture that exists and I’m a critic of it myself. I can step outside of it and see it and I get what you’re saying. People don’t feel like they belong here. And that culture is designed in a certain way that makes sure that people feel like they don’t belong here. So, I rebel against that and try to fight against that.

We also spoke about the drinking culture prevalent at GSA and in the geoscience community:

Stephen: I don’t think anybody at my department deliberately intends to exclude anybody. But by the same token, they don’t deliberately intend to include everyone. My department will say, ‘Well, everybody’s invited down to happy hour.’ That’s not inclusive. Some people don’t want to go to happy hour. They can’t drink. They can’t drink for health reasons. Maybe they’re recovering. Maybe there’s a religious prohibition. When you’re inviting them to a thing they can’t do, that’s not inclusion.  It’s fine for you to invite everybody to come, but it’s not sufficient.

Issues surrounding race and gender often come with overt issues of inclusion, but issues surrounding accessibility and inclusion of people who may have physical difficulties doing certain types of field work are less addressed while requiring higher levels of training and expertise. Christopher works to address this and increase accessibility in the geosciences through educating people on better practices.

When asked about the requirement of field courses he said:

Christopher: What we don’t want to see happen is that when a field course is required, a student with a disability is simply given an alternative assignment. Since we can’t take you out there, we’re going to give you this paper to write; this research project to do on the same topic we’ll cover in the field. The problem with that is the social aspect of work in the field is just as important as if not more important than doing the science in the field. The collaborative nature, the inclusive community. When you take a student outside of that, they’re losing the most significant part of doing science. So we don’t advocate for people who do require courses to separate those students. What we do is we try to train them to look at ways to engage those students in the field at the same time as the rest of the students. Full participation in a field course does not have to mean 100% access to the field site. So if there’s a field crop that’s not accessible for a student in a wheel chair, let’s figure out how to get around that situation. How close can you get the student up to it? If the student can be 20 feet away from that outcrop, how are you going to relay information? Think of using video, photos, thin section, aerial photography, hand samples. There’s all kind of different ways…that will engage that student to make observations similar to a student that’s right on top of the outcrop looking at it.

Christopher goes on to talk about an example of how he’s personally gone about working around issues of accessibility and details how difficult it can be when institutions are unprepared:

Christopher: When I was working on my Ph.D. I was doing a project that focused specifically on using virtual reality to create a simulation of Mammoth Cave National Park, because… a lot of people are separated by distance from them. If someone in California wanted to visit Mammoth Cave National Park, they couldn’t physically get there, so we were looking at ways of creating a simulation through virtual reality for people to visit there without actually being there. I wanted to evaluate its effectiveness with people that I could be sure had never been in a cave before. I wanted people to see the simulation for the very first time and then see the cave for the very first time and compare the effectiveness of each. So I decided to work with a group of students who were all wheelchair users, none of which were geoscience majors, and none of them had ever been in a cave before. It took me a year and a half of planning to get them into the cave. I had to get permissions from the U.S. Department of the Interior, the park themselves, etc… and when we finally got there, the park would not actually let us go into the cave itself during public tour times.

Christopher: Exactly. Later we found out, just like many places, they didn’t have options for people [with disabilities] from the public to go into the cave. There are 27 entrances into the cave system. There is only one elevator and at the time it wasn’t a publicly-accessible elevator because it was unreliable. Sometimes it would run sometimes it wouldn’t, and they didn’t want anyone trapped in there. So when we went in, they had to have a ranger with a wench on his truck in case the elevator stopped working to pull us out. And I can see that after the fact, there’s a lot of liability in doing this and they didn’t want the public to see them in there and start asking questions about why they couldn’t bring a family member…Fast forward a little bit and now Mammoth Cave National Park does offer an accessible tour. Through this work, I realized that the geosciences as a discipline is inherently exclusive. If you don’t fit the model of the person that can go into the cave and do the work, then you shouldn’t be a geoscientist. That was the implicit message that we were sending through all of our recruiting materials and the methods with which we teach the science.

Advice for GSA and the larger geoscience community

Although the conversations were enlightening, thought provoking, and necessary, talking alone can’t solve many of the issues raised without actions, both immediate and long term, to remedy them. In processing the conversations, I came to a few conclusions regarding issues that can be more immediately addressed by GSA:

As GSA and all of its members move towards becoming a socially conscious body of scientists and career professionals, we should remember to have conversations with open ears and minds, so that we can create a diverse and inclusive community.

The GSA Science Communication Internship was a program offered at the GSA Annual Meeting in Phoenix, AZ, designed for student attendees interested in science communication as a possible alternative career path.  Interns were paired with GSA’s Science Communication Fellow in order to gain experience in making science clear and exciting, under the tutelage of a professional writer.  Students were assigned to conduct interviews with presenters at the meeting and to compile summaries capturing the significance of the presenters’ work for a non-technical audience.  Media assignments and mentoring were useful learning experiences and exposure opportunities for students seeking to expand their knowledge into geoscientific reporting.